Toogee Martial Arts > Instructor > Troy Symonds
< Back to the Instructors 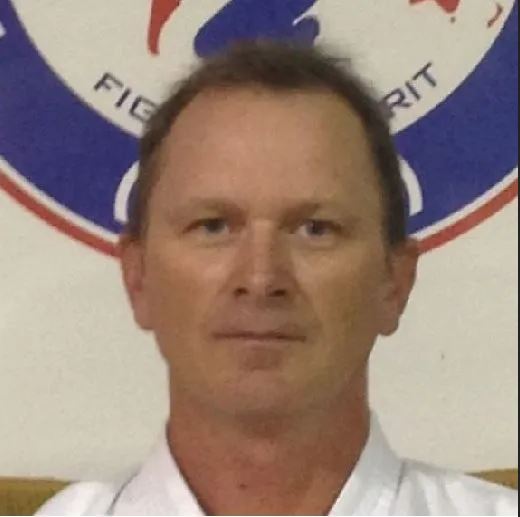 My name is Troy Symonds and I am 3rd Dan Black Belt and Dojang Instructor at Medowie and Fern Bay.

I first started Martial Arts in 1981 and trained in Aikido and ZenDoKai up until 1984. In 1985 I joined Changs Judo and Taekwondo (Australian Taekwondo Association – now Kukkiwon or World Taekwondo Federation) and obtained the rank of Red Belt one stripe, the equivalent of Brown Belt (2nd Grade) in ITF.

I joined the Royal Australian Air Force (RAAF) in 1999 and moving around Australia every three years found it very difficult to commit to a new Martial Arts Club. Until in 2016 when I discovered Toogee Martial Arts whilst working in Sydney. Here I met Master Kelly Gibson, who inspired me to join up and continue my journey to Black Belt.

In the interim, I had continued self-training and maintained a high standard in Kukkiwon patterns, until joining ITF and discovering that the ITF patterns were completely different. However, I trained hard and committed to learning all the new patterns; finally obtaining my Black Belt in 2017.

I was then transferred to RAAF Base Williamtown in 2019 and was invited by Grand Master Frost to assume the role of Instructor at the Medowie Dojang. In 2019 I was awarded the rank of 2nd Dan. In 2020 I then assumed the role of Instructor at the Fern Bay Dojang as well. My wife Carmen, also trains and assists with our Little Ninja Classes which we run at both Medowie and Fern Bay.

I am really enjoying the opportunity to teach all my students and hopefully inspire them to also achieve in everything they wish, not only in Taekwondo but also in all aspects of life skills.

Ready to start your FREE trial?

Complete this form and we'll get back to you ASAP with the details of your trial.
We can't wait to see you in class!
Note: Please enter the student's details, not the parent